The Road to Chiropractic…

I was always sick as a child. I had ear infections on a regular basis. I was on regular “preventative antibiotics” and would get high spiking fevers, convulsions and seizures. I had ear tube surgery at a very young age and still continued to have recurrent ear infections.; I would “catch whatever was going around”.

When I was seven years old I finally saw a chiropractor, Dr Craig Zavitz. (Oddly enough no relation to me). I went in because I was playing hockey and had a low back and hip injury that didn’t seem to go away. It was life changing for me, as once I started to get adjusted, not only did my hip and back pain go away, but my ear infections and recurrent colds went away as well. Not to mention I came off all antibiotics, a seizure medication and an anti-febrile medication. Since then I have been on regular chiropractic care once a week for health and wellness and not needed medications.

I chose chiropractic as a career because of the miracles I saw in my life but also in the rest of my family’s life. I can remember my mother, a hair stylist suffering from back pain and being in the hospital, in traction, for weeks. It wasn’t until she started chiropractic care that she found relief. The first visit to Dr. Craig’s office, I remember my dad and my older brother carrying her in on a waiting room chair, she was in and out of consciousness because of the pain. The amazing thing is that she walked out of the chiropractor’s office after being adjusted and never ended up in the hospital for low back pain again. She is still under chiropractic care today and still is working passionately as a hair stylist. 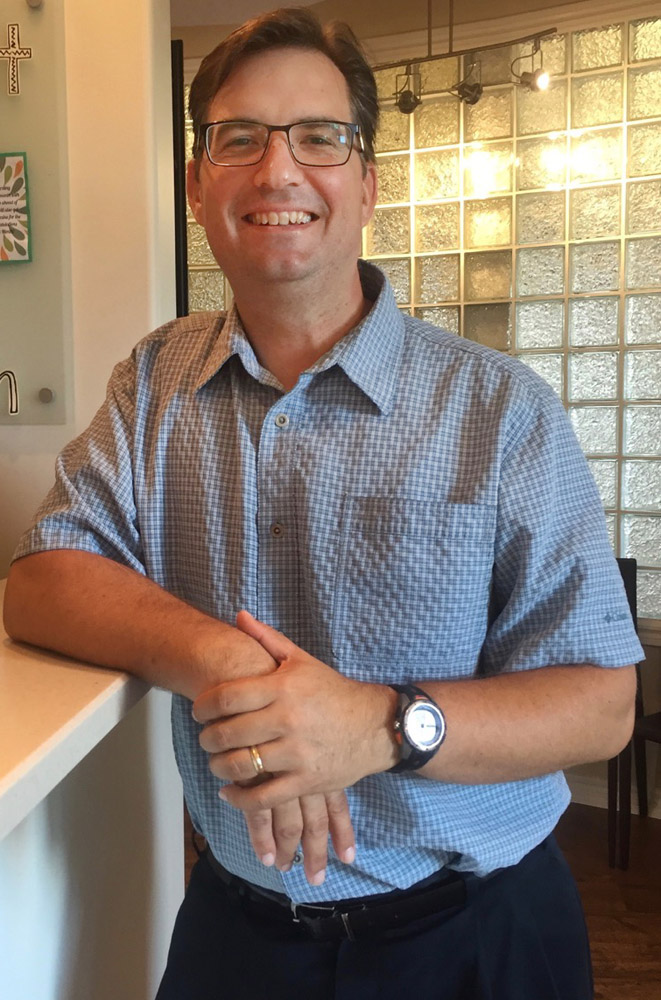 Dr. Craig Zavitz was instrumental in mentoring me to be a chiropractor. His passion and compassion to help people was contagious. I grew up spending Saturdays working around his house and in his clinic in my teenage years. The miracles I saw in his clinic of people healing and having their lives changed, inspired me to be a chiropractor. With my two hands and my knowledge of the bodies magnificent design and God given ability to heal itself, I could help many people get well and stay well naturally.

Dr. Zavitz started his education at the University of Guelph studying Human Kinetics. While there he studied anatomy, physics, organic and inorganic chemistry, human biology, physiology and biomechanics. After his third year at University of Guelph he was accepted into the Canadian Memorial Chiropractic College in Toronto.

During his four years at CMCC, courses included biochemistry, a major emphasis on anatomy, neurology and human physiology, x-ray, diagnosis, nutrition, chiropractic adjusting techniques and patient care in the CMCC Outpatient Clinic. After graduating from CMCC in 1995, Dr. Zavitz completed courses in infant and pregnancy care and adjusting, light force adjusting techniques, immunology and chiropractic biophysics of posture correction. He worked along side a seasoned chiropractor, Dr. Stewart Anderson, in Wingham Ontario, for two years honing his adjusting skills. In 1997 he moved with his wife to Guelph, to start Zavitz Family Chiropractic. It was while he attended the University of Guelph that he became fond of the City of Guelph and he knew he would someday return to start a family and set up a chiropractic clinic in the area.

On a Personal Note…

Dr. Zavitz loves the outdoors and being outside. His passion is cycling, mainly mountain bike riding. His favorite spot to ride is along the Speed River Trail near the water. He and his family often go out on family bike rides throughout Ontario.

When he is not on his bike you can find him and his wife, Connie supporting his two daughters Joelle in her studies at University of Western and Cassie competing in synchronized swimming. In the summer he enjoys camping with his family and watching his daughters play soccer. Activity and sports are very important to Dr. Zavitz and his family. He likes to mix activities up and plays hockey, hangs out at the gym and even enjoys running. When he has time Dr. Zavitz loves listening to all types of music and plays an acoustic guitar now and then.

Dr. Zavitz and his family are members of Grace Community Church in Guelph. He is involved in a regular men’s bible study on a weekly basis in Guelph. Dr. Zavitz is a supporter of Isaiah Projects (IProjects), a Christian Missions organization that works with those in need, that are underprivileged, and those who are underserved. For every new patient that comes to Zavitz Family Chiropractic, $20 is donated to IProjects to support specific projects around the world. He believes in not only helping people locally but globally as well.

I was born and raised in Guelph and graduated from high school in 2006 from Bishop MacDonnell Catholic High School, with a deep desire to follow in my grandfathers footsteps as a Doctor of Chiropractic

My passion for Chiropractic started with my own health concerns and pushed me to fast track my Biological Chemistry Degree at the University of Guelph. I attended the Canadian Memorial Chiropractic College and graduated in June 2012. From there I went on to Practice in Kitchener for 6 years. I relocated back to Guelph in September 2017 to be closer to my family, as my husband Jason and I were expecting our first child.   I gave birth to our beautiful baby girl, Austen, in January 2018.

I have deep passion and knowledge about what allows the body to be optimally healthy, and what hinders the body from being well. This knowledge stems from my own personal experience with chronic pain and being “unwell” and has grown from the hundreds of patients who have come under my care over the years, Each with their own unique health struggles. This experience has taught me spinal health is the key component to the overall health of a body. Restoring proper spinal health, in combination with the other key pillars of health; nutrition, exercise and mental health, is the most effective and long-lasting way back to a healthier you!

The chiropractic lifestyle is the body’s most natural way of living and healing. It has given me and my family the freedom to live our life exactly how we have always dreamed- pain free, strong and naturally! 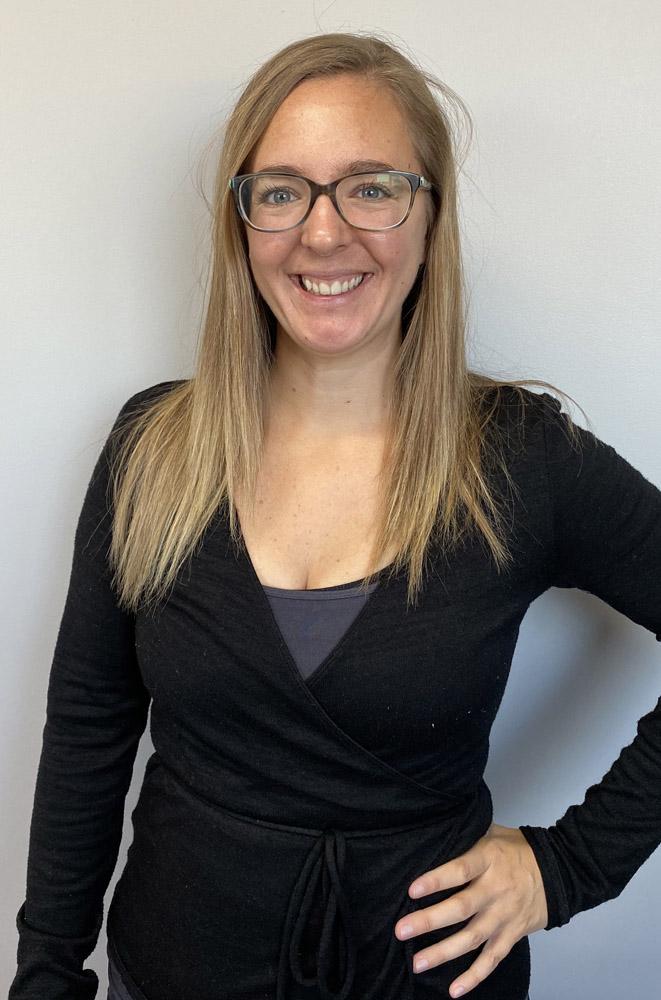 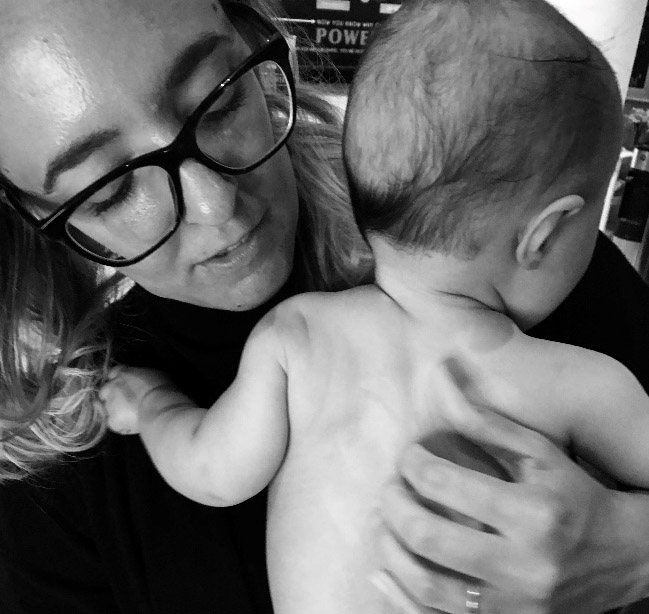